I stopped by a 7-11 today, about a few blocks from the house ( fueled up for the upcoming work week, i grabbed a free used 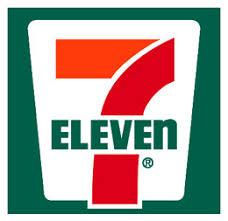 car paper). I was only there a few minutes but it was an eye opener. There was a hodge-podge of races there, each doing different things. To me they demonstrated why we, as the White Race, will be doomed if we don’t wake up.

First of all there were two sets of Mexicans there. The first set were three landscapers in a large beat up pick-up truck. It was apparent they were working,on a Sunday, and a Mother’s day no less. They were getting gas for their mowers, and were buying water from the machine outside,( 99 cents a gallon,not 3 bucks for a pint of the fruity stuff inside)

These muds didn’t speak a word while they were there. I would bet a dollar to a doughnut that they were illegals. They were out to “Get theirs”. I am sure they would work like rented mules for about 60 bucks a day, most of which they would send home. They are the reason you don’t see white men cutting lawns anymore. You can’t compete with a shaved chimp that works for peanuts, 7 days a week.

The second set of Mexicans was a family, apparently on their way to church. They had a semi decent Truck, and you could tell the man was probably a construction worker, because although his clothes were decent, he had on some battered work boots. You could tell he probably had “papers” and had landed a skilled construction job. He seemed to have the intelligence of an afflicted 10 year old, he actually paid with a debit card, but it took him 10 minutes to figure out how to use it. He probably was making 15 bucks an hour for framing ( I saw a framing hammer and tool belt in the truck, with some large nails, but no tape measure, he was probably too flippin dumb to read it). He took a job that a white man would probably get paid 25-30 bucks an hour for. He wasn’t alone. He was probably in his late 20s and he had a wife that was maybe 23, they had 5 kids with them. They ranged in age from about 7 to a few months… This family, and others like them are breeding the white race out of existence. While whites in their 20s are out drinking, doing drugs, sponging off mommy and daddy and in general wasting their lives. These muds are laying down the foundation for the future of their race and children.

There was one black there. Actually a half black, but we will get back to that later. It was a little 11 year old black girl, and it was loud and obnoxious, demanding candy and a soda and using foul language. It stood for the typical blacks. Always wanting with its hand out, demanding a free pass. Its mom was a chubby white woman. She also stood for one of the faults of our race. We think we owe the simple mud races, who are less fortunate than us, the fruits of our labor. We idolize and praise the so called accomplishments of nigger athletes and entertainers. White people need to wake up and realize that we may as well go down to the local zoo and throw money and praise at the chimps and monkeys who run, jump and crawl so effortlessly through the branches and make funny noises. This fouled and stained white woman had fallen under the spell of liberalism and actually believed that some half savage nigger was worthy of fathering a child with her. Apparently that nigger is long gone now, but as usual the woman seemed to have not learned her lesson. She was wearing some nigger rapper T Shirt.

The owner/ cashier of the store was an Asian. His helper was an Asian. His wife stopped by with some mail while I was there. He was a quiet, well dressed, efficient man who had his stuff together. He worked to get that store and employed his people. He only interacted with other races to gain a profit, but he did not let profit get in the way of taking care of his race ( he could have probably hired a Mexican, but he took on an Asian helper).

The last person I saw was a White Man. It about broke my heart. Here was someone who had ancestors who sailed the seven seas, conquered every continent and split the atom. He was probably in his mid thirties, raggedy and pushing a cart. He was covered with Meth sores and smelled like a cross between a public restroom and a brewery. He was picking through the garbage for plastic and cans. Every person, every race there looked at him with pity and disgust. Here was a white man who simply chose the easy way out. He chose the pleasure of drugs and alcohol over the responsibility of having a trade and fathering and raising white children.

A lot of our problems, there in a nutshell, at one 7-11, on a Sunday Morning