Do you know what your child is learning in school today?

I was horrified to discover that the Australian Curriculum Studies Association has produced a glossy book of over 116 pages filled with the most staggering Islamic dawa and propaganda which is to be introduced into our schools in the coming year. Having scanned through the text, I was shocked at the contents and false pro-Islamic 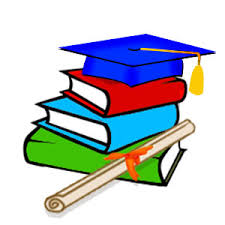 claims that will be pushed into schools and onto our children without of course, any opportunity to put counter views, not to mention the massive amount of evidence from Islam itself that clearly show Islam to be anything but the sweet, victimised religion portrayed in this book!

This entire brainwashing of our children has clearly been planned over a long period of time. Who is behind it and who paid for this propaganda exercise, which will no doubt sell well to Muslim teachers and others who hate our society and are happy to facilitate Islam? Information sessions for teachers are already being given and this has been done as a ‘fait accompli’ with no time for others to object to this Islamic abuse of our secular schools.

This book is called ‘Learning from one another – bringing Muslim perspectives into schools’. In it our children are told not only how to be Muslims but are given activities like finding Mecca and given Islamic prayers.
Why do our children need such information? Why does Islam need to be pushed into the classroom? I thought our secular schools were NOT to promote religion. Will our children be tricked into chanting the few lines needed to make them Muslim as has happened in Britain?

This is nothing more than a conversion exercise on children given no chance to hear the truth about Islam or to hear the ‘perspectives’ of ex-Muslims who fear for their life even in Australia.

Such ability to proselytize in our schools has been removed from all other religions, and we are extremely concerned that Islam has, once again, contrived to receive what appears to be special status to advance their religion.
What is needed is a book that teaches Muslims who have voluntarily entered this country, how to live is THIS SOCIETY where we do not tolerate many of the acts and attitudes allowed under Islam’s text, Mohammad’s example and Islamic law! Strangely these things e.g. paedophilia, clitoridectomy, beating and raping females, ploughing females like fields and referring to them in the most offensive terms, insisting the female’s shameful body be completely covered or else, polygamy, slavery with laws allowing the rape of tiny pre-pubescent slave girls, killing infidels, taking all the infidels property and land and the horror laws associated with dhimmitude and slavery, violent jihad and a brothel-like paradise for Muslim men, plus the demand that Muslims not ‘assimilate’ but use every means to rule and enforce totalitarian Islam and so much more…seem to be missing!

This is something that is happening all over the world in our white countries, recently in Boston Massachusetts a Wellesley Middle School had a social studies trip to a mosque, the permission sheet given to parents claimed that children would examine the mosque architecture, they were not told it was pure Dawa and the boys would be praying to Allah. The students were being blatantly mis-educated about Islam, and the 6th grade boys were invited to the front of the Mosque to join in a prayer to Allah alongside the Muslim men, Teachers did nothing to intervene.

This is a devious attempt to smuggle Islam and Sharia via the school-door into our political system and our way of life. Brainwashing schoolchildren into a false belief that Islam is a religion of peace and far superior to any other religion must not continue. All Australians whether a parent or not should be outraged, this cannot be allowed to happen.

Come on people, it really is ‘now or never’. If Islamisation, creeping Sharia and the destruction of our beautiful nation is to be halted it is going to have to be done by YOU.